You’re about to learn how to dispute a charge off from a consumer credit report.

Before I reveal our proven process, let’s first define what a charge off means and how they affect credit scores,  then we will list the most common errors creditors make when reporting charge offs and how to provide proof of the creditor’s error to the Credit Reporting Agencies so they can remove them.

What Does “Charge Off” Mean?

Lenders may decide to write off a past due debt for accounting purposes. This is referred to as “charging off” the debt.

Charging off the debt doesn’t mean the debt is forgiven. The consumer is still liable for the debt.

The lender will then usually sell the debt to a third party collection agency. Though rare, they may also sue the debtor to collect the past due balance.

In some cases, the lender may also send a 1099-c to the debtor, which means the debtor will have to pay taxes on the past due amount.

How Does A Charge Off Affect Credit Scores?

Since lenders need to see a return on their investment, then a low score means a higher interest rate and payments to offset their risk.

To put it another way, let’s say 5 people were applying for a credit card. If they all have 720-750 credit scores, then their odds of defaulting is almost none. They can pay a lower rate because the bank has little risk of any of them defaulting.

On the other hand, if all 5 applicants have 580 scores, then there is a chance one of them may not pay. That means they all have to pay more to offset the money the bank would lose on the one who didn’t pay, plus still make a profit.

A Charge Off Is A “Worst Case” Scenario For Lender.

Taking a loss is the last thing and lender wants to do.

Statistically speaking, someone who has gone without paying for 90-days or more in the past is 80% more likely to do it again. In an effort to warn other lenders of the increased risk, the charge off on the credit report lowers that individual’s score.

The first 2 years have the most impact on your scores, but they will bounce back with time. After 7 years of inactivity the charge off will come off by itself.

After 7 years of inactivity, the charge off will come off your credit report by itself.

Notice I said “inactivity”. If the charge off is paid, then the date of last activity is made current. Paying an old charge off will not only not increase your credit score, but it will most likely crush it.

Remember, it’s not really the past due balance that’s hurts the credit score. It’s the account in “charge off” status that’s doing most of the damage.

What’s worse is that the credit reporting agencies often make mistakes when reporting a charge off, which can result in even further damage to your credit scores.

That’s why learning how to dispute a charge off is so important. If you’re overpaying for credit and loans, then you’ll never be able to save for your future.

Will Lenders Delete A Charge Off If It’s Paid?

Before I answer, let me say that the right thing to do is to pay it. But if you are going to pay it, then pay it fast.

Get on the phone with your lender as soon as you realize you can’t catch up on the payments and work out some type of payment arrangement. Do this before the debt is charged off and the lender sends it to a collection agency.

If you can’t workout a payment arrangement within the first 2 years, then you should know that paying it will hurt your credit scores.

It’s still morally and ethically the right thing to do, but from a credit score perspective, you need to be aware of the consequences so you can plan accordingly.

It’s the presence of the charge off on a credit report that does the damage to credit scores.

Let me repeat… It’s the presence of the charge off on a credit report that is damaging the scores. The balance has minimal effect in comparison.

And while its technically possible to negotiate with a creditor to delete a charge off in exchange for payment; I’ve never seen it happen.

Can I Dispute A Charge Off Online?

Technically, yes, but to dispute a charge off online is probably the worst mistake you could make.

Without going too deep into the mechanics of how Credit Reporting Agencies (CRAs) process written credit disputes, let’s just get to the important points.

The CRAs scan and send written disputes to the Philippines, Costa Rica, and Jamaica, where employees change the dispute request into a 2 digit code. That 2 digit code is then sent to the data furnisher through a system called e-Oscar for the creditor to investigate.

Because there are humans involved, there is the possibility of human error. Human error leaves the door open for follow up investigations since a dispute could have been misinterpreted.

When you enter a dispute online, you’re doing their job for them…

When you enter a dispute online, you’re doing their job for them and selecting the 2 digit code. You not only save the CRAs time and money, but you’re effectively removing the human error from your dispute.

Since the CRAs are only obligated to perform two investigations per account every 12 months unless you provide new data, then your chances of success with any follow up disputes drops significantly.

Since your success rate increases with each investigation triggered, you’re basically making it impossible to remove anything from your credit report with an online dispute.

Don’t dispute a charge off online if you want to be successful.

How to Dispute A Charge Off From A Credit Report

According to the Fair Credit Reporting Act (FCRA), the only items that may appear on a credit report are those that are verifiable, accurate, and timely.

What that means is if the creditor can’t prove it, if they report incomplete/incorrect data, or if it’s older than 7 years, then they have to delete it.

The problem is most people don’t take the time, or don’t know how, to audit their credit report for accuracy.

And that makes sense, because unless you’re working alongside attorneys who specialize in FCRA violations, then how would you know the legal process for how to dispute a charge off?

So I’ll give you what you need to know when planning how to dispute a charge off by providing you with the 4 most common FCRA violations we’ve found:

This occurs when a creditor charges off a debt, then transfers or sells the account to a 3rd party collection agency and they both show a balance past due. Document this violation by highlighting the creditor and collection agency accounts in the CRA response and underlining the balance due on each.

Charged Off Account With Balance Reporting After 1099-c Issued

This occurs when a lender sends the borrower a 1099-c after charging off a debt while still reporting a balance past due. The 1099-c means the debtor has to pay taxes on the income. The creditor can’t try to collect a debt they’ve written off and make you pay taxes on it, too. You will need a copy of the 1099-c as well as the CRA response showing the past due balance.

A common FCRA violation is when a creditor posts late payments after the debt has charged off a past due balance.  Document this violation by highlighting the accounts on the CRA response and circling the payment history.

The first step in learning how to dispute a charge off is gathering information.

Each CRA has their own process for handling the data creditors send them, so the information reported can be very different from one CRA to another.

You can obtain free reports from each of the 3 CRAs from www.annualcreditreport.com, but I wouldn’t recommend them. They are much harder to read and its harder to find violations when you’re flipping from one report to the next.

I recommend identityiqreport.com. Their report lines up the CRAs side-by-side for each account. This makes violations easy to spot.

Step 2 – Highlight all the accounts that have a charge off status.

Step 3 – Send the initial CRA dispute challenging the accuracy of the charged off account. Be sure to collect and save the CRA’s responses.

Step 4 – Send a follow up dispute to the CRAs and request a detailed description of their Method of Verification (MOV). A MOV letter is asking the CRA to explain what steps they took to verify this account was accurate.

Be sure to collect and save the CRA’s responses.

Step 5 – Review all of the CRA’s responses. You’re looking for any of the FCRA violations detailed earlier.

Depending on the violation you find, you’ll now want to send a follow up re-investigation request to the CRAs requesting a deletion due to the specific FCRA violation you found.

Send a dispute letter along with the recommended proof I described.

I would recommend sending this one by certified mail and saving the proof of delivery.

As always, save the CRA responses in a safe place.

Step 6 – If the CRAs fail to correct the issue, then contact an attorney who specializes in FCRA violations. You will need to provide them will all the evidence you’ve collected.

How to Dispute A Charge Off If I Don’t Find Any Violations?

If you don’t find any violations, then your last resort is to request the account’s payment history from the lender.

Review their statements against the bank statements showing payments made. If they made any clerical issues, then you have grounds for disputing.

This happens more often than you would think.

You can also recheck the credit reports after you request the lender’s documentation. Sometimes they inadvertently update the account which could result in an FCRA violation.

If you still don’t find any violations or inaccuracies, then stop disputing. The account is accurate, verifiable, and timely. It cannot be legally removed.

Just because you know how to dispute a charge off, it doesn’t mean you’re going to win every time.

Getting Professional Help To Protect Your Rights

Now that you know how to dispute a charge off from a credit report, you may be thinking that this sounds like a lot of tedious boring work.

If you don’t want to be bothered with this process, or you don’t want to take any chances of messing up your one opportunity to remove a reporting error, then contact US Credit Advocate for a free consultation.

There is no cost or obligation to buy anything.

We’ll show you the possible violations, explain how to dispute credit report errors, and even connect you with one of our trusted legal partners if we believe you have a case.

Our legal partners work 100% on contingency. They only get paid if they win a settlement in your favor.

charge off dispute how to paid charge off

How To Get A Charge Off Removed From Credit Reports 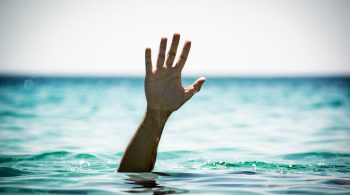 How To Get A Charge Off Removed From Credit Reports

How to Dispute A Repossession On Your Credit Report 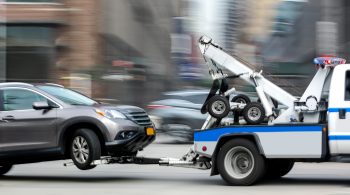 How to Dispute A Repossession On Your Credit Report

6 replies to "How to Dispute A Charge Off"

This site uses Akismet to reduce spam. Learn how your comment data is processed. 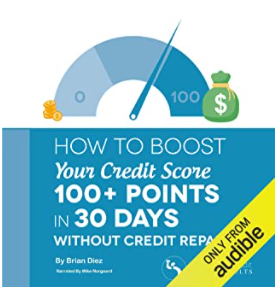